Audi has now also launched an SUV coupé: The Q8 is a premium SUV with 4.99 meters in length and two meters wide. So far, the new Audi flagship is only available with one engine. The 50 (3.0) TDI generates 286 hp and 600 Nm (443 lbf⋅ft) in stock mode. In recent test reports, however, this is described as a little sovereign with a delayed response. DTE Systems has now developed solutions for engine optimization and accelerator response in the Q8, which noticeably improve driving characteristics. 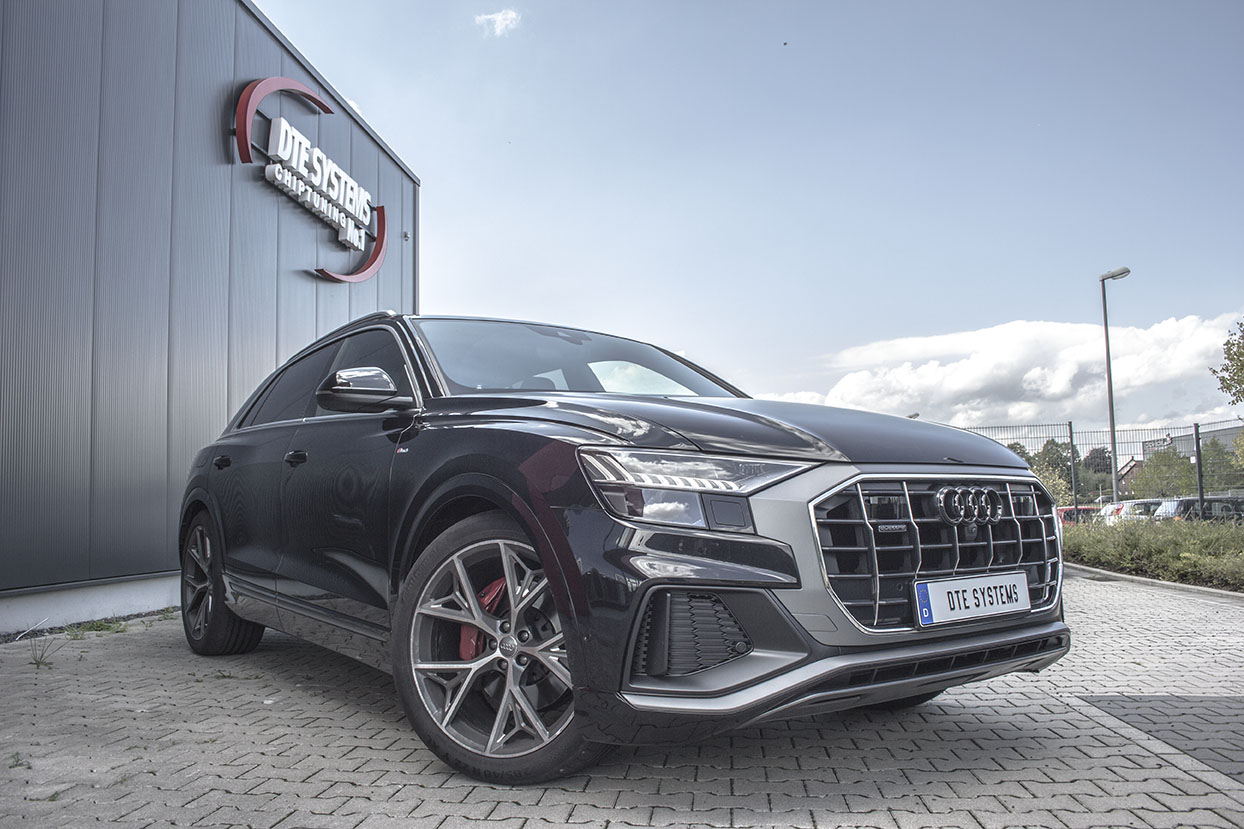 That’s how the engine is optimized

The new Audi Q8 is based on the same platform as the Bentley Bentayga, the Lamborghini Urus, the VW Touareg III, the Audi Q7 or the Porsche Cayenne. With a 2,220 kg curb weight and the light starting weakness described in tests, the Audi Q8 is an ideal candidate for engine optimization and accelerator tuning. DTE Systems can now offer its engine performance upgrade PowerControl RX for the Q8.

The tuning box PowerControl RX from DTE Systems is a performance upgrade for high-horsepower vehicles. After a vehicle-specific development, the box will be installed in the Audi Q8. "After installation, the increased torque is immediately noticeable, ideal for confident overtaking and optimized long-distance performances," says Detlef Strube, head of development at DTE Systems. With an extra power peaked at 36 hp and 69 Nm (51 lbf⋅ft) of torque, the Audi Q8 is now also significantly more powerful and agile in figures. 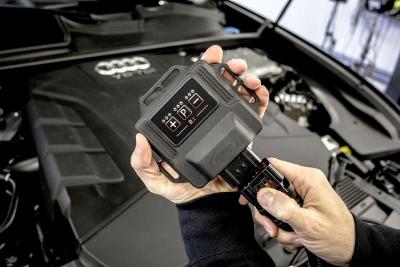 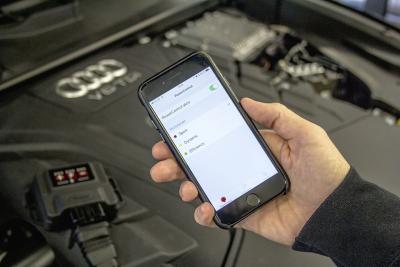 The tuning box with app control also for the Audi Q8

The tuning of DTE Systems includes a power plus and the PowerControl App. In addition to the selection of the three tuning programs "Sport", "Dynamic" and "Efficiency", the smartphone control also offers the innovative sports instrumentation panel, which display the current performance data such as turbo boost, boost pressure and rpm in real time. In addition, the app features an accelerometer and a configurable warm-up timer, in which the driver determines when the tuning’s starting point.

Better acceleration, easy installation: The PedalBox in the Q8

As standard, the new Audi Q8 accelerates from 0 to 62mph in 6.3 seconds - but not without delay in acceleration. For an optimized throttle response, DTE Systems offers a tuning with the PedalBox, which reduces the response time of the gas pedal, thus improving acceleration by up to 10%. The PedalBox has three driving modes "City", "Sport" and "Sport Plus", which can be fine-tuned with 7 power levels each. "The installation of the PedalBox is particularly easy because the tuning is connected to only two connectors," says Strube.

In addition to the keypad, the new PedalBox+ can also be controlled with the PedalBox app. The accelerator pedal tuning can be easily switched on or off with the smartphone. Furthermore, each individual program preset can be customized and saved in the PedalBox app. 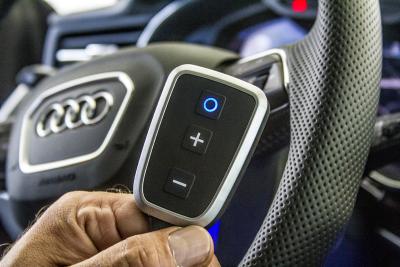 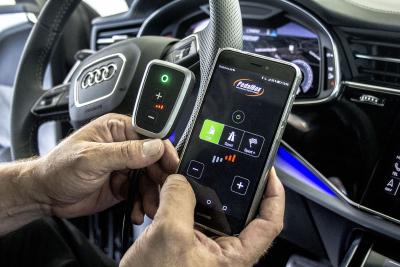 The new performance upgrades from DTE Systems are now available for the new Audi Q8 (4M). PowerControl RX and PedalBox are available online at www.chiptuning.com or from specialist dealers. The tuning app of DTE Systems is available for free in the App Store or on Google Play.

Get your Audi tuning

All details in an overview