This is how it goes over 100 hp: DTE Systems equips the new VW Polo 1.0 TSI with the PowerControl X tuning box and the PedalBox

With DTE tuning, the new VW Polo moves into the triple-digit horsepower range: The PowerControl X performance upgrade strengthens the compact Volkswagen with an additional +23 hp and +35 Nm more torque. Thus, the sixth edition of the small car brings with the power of DTE Systems fulminant 118 hp and 210 Nm on the asphalt.

With over 61,000 new registrations, the VW Polo was once again the most popular small car in Germany in 2017 - although there was a decline of almost 15 percent compared to 2016. The reason is the model change in the fall: The latest variant from 2018 is even longer and wider than its predecessors. Known as a versatile companion for everyday use, the VW Polo now also impresses with more dynamics with chip tuning from DTE.The PowerControl X add-on control unit is connected to the central sensors of the engine management, including boost pressure, camshaft and intake manifold pressure. Immediately, the incoming signals are recorded, optimized and passed on to the control unit. Thus, the VW Polo now overtakes the next higher standard engine of 115 hp - the DTE tuning develops a real sporting spirit in VW's small car, which is built in Pamplona, Spain.

With the new tuning app from DTE Systems, performance enhancement can be easily controlled via smartphone. From the cockpit, the VW driver selects his own personal DTE tuning set. Tuning control made easy: Thanks to innovative sports instruments, all engine performance data is transmitted to the smartphone in real time. In addition, the Polo driver gets the innovative accelerometer, which measures lateral and longitudinal acceleration, displayed directly in the app. 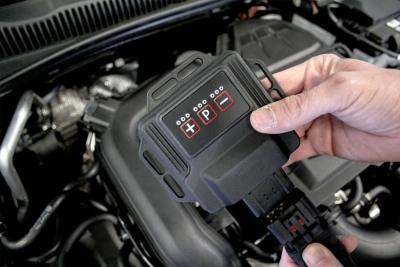 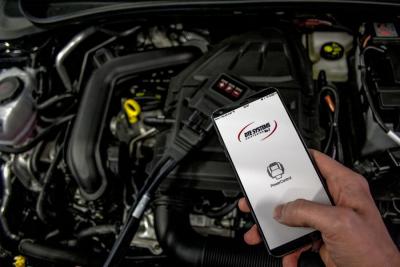 PedalBox with app for VW Polo

The gas pedal tuning PedalBox+ gives the small compact car improved acceleration of up to +10%. To do this, two plugs are connected to the electronic accelerator pedal. After simple installation, all driving modes are immediately ready for use - including "Sport", "Sport-Plus", "City" and "Series". At the touch of a button, the Polo driver can easily control the gas pedal tuning at any time. If the Polo then really gets going, it can also be seen in the PedalBox+ sport mode. The improved response and optimized throttle response with the PedalBox+ guarantee even more driving pleasure in the VW Polo..