New cars 2018: Looking forward to the highlights of BMW, Mercedes and Audi

DTE Systems says: "2018 is an exciting year for new models" 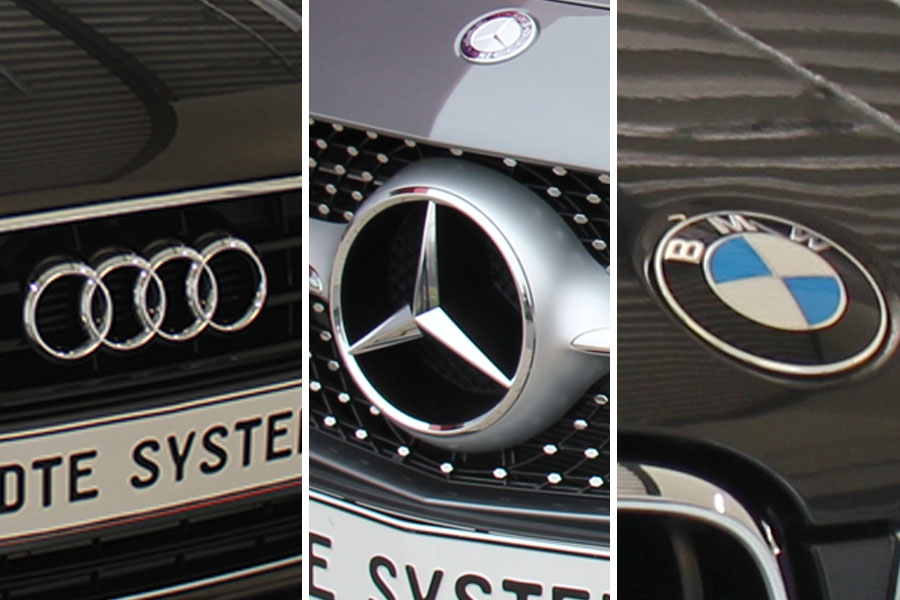 New models for 2018: That is what Audi is adding to its line-up

Audi will start in 2018 with the new second-generation Audi A1, which will be available exclusively only as a five-door. The engine range will include a 1.0-litre 3-cylinder petrol and the 1.5-litre petrols and diesels. The pocket-sized SQ2 will follow with a 2.0-litre TFSI 4-cylinder, generating 310 hp and 4-wheel drive. The new RS Q5 draws its power from a V6 twin-turbo V6 engine and competes against the BMW X5 M and Mercedes GLC 63 AMG. Between Q2 and Q5, Audi placed 2018 the new Q3 with a top engine of 204 hp in diesel or 252 hp in gasoline. The second-generation Q3 will replace the oldest model in the Audi line-up. The new Audi A6 will be based on a new chassis with completely new four- and six-cylinder engines - both as petrol, diesel and plug-in hybrid.

Being excited about BMW’s automotive landscape in 2018

The new BMW X2 starts in 2018 as a coupe offshoot of the BMW X1. Expect three engines, two diesel and one petrol engine – four-wheel drive to dominate the range. The big brother BMW X5 will enter the fourth generation in 2018 and will receive a 90 kW electric motor. After a break of two years, the BMW Z4 returns in 2018: in conjunction with the next-generation Toyota Supra. The 2018 Z4 is available with powerful four or six-cylinder engines with up to 360 hp. After more than 19 years, the BMW 8 series will also make its comeback in 2018, designed to rival Porsche 911 and the Mercedes GT. In addition, the arrival of the new 3 Series with fuel-efficient three- or sporty six-cylinder engines also means an all-new mechanical platform. Even the BMW X4 will be new in 2018, expecting lighter and an M-version included with 360 hp (BMW M40i).

New Mercedes models on sale in 2018

The future MK1 Mercedes CLS (2018) - based on the current E-Class platform - is visually based on the GT series. The top engine is found in the Mercedes CLS 450 as a six-cylinder petrol engine with 367 hp plus electric starter. The A-Class (W 177) gets some fresh wind under the bonnet in 2018, including new 2.0-litre petrol and diesel engines. The new A43 with a whopping 340 hp is the smaller offshoot to the well-known Mercedes A45. The engines from the S-Class fueled the next generation of the Mercedes G-Model in 2018. A class below lends itself to the Mercedes GLE successor 2018 its engines from the E-Class. With the AMG GT4, Mercedes shows a four-door coupe as a direct competitor to the Porsche Panamera for the first time.

DTE Systems is ringing in the tuning year 2018 with the new developed performance box PowerControl X. The tuning box provides more horsepower and a higher torque for all supercharged petrol and diesel engines. The additional power can now also be conveniently controlled via the smartphone. Easy to handle, as well, is the pedal tuning system PedalBox from DTE Systems. Connected to the accelerator pedal electronics, the tuning is immediately noticeable: faster start-up, better acceleration by up to +10% and a sovereign overtaking are possible by simply using this plug-and-play device.

The tuning innovations of 2018 are now also available for your vehicle at DTE Systems and specialist retailers.