Good for the vehicle, unbeatable for the driver

Probably the best-known vitamin is the "C". For a long time now, this letter has also played an important and not to forget successful role at Mercedes. It goes without saying that there are now four sporty offshoots of the C-Class (W205), and the C 63 AMG is one of the most powerful. The vitamin dose has done the former baby Benz good: with 476 hp and 650 Nm, it now plays in the same league as the big ones.

And such a vitamin cure can even work wonders. With the right tricks and the right know-how, the Mercedes C 63 AMG can do even more. Much more. DTE proves this with PowerControl FSR for gasoline engines. Precisely installed in the engine compartment, the additional control unit is connected to all central sensors: Boost pressure and camshaft sensors as well as the fuel injection sensors. The incoming signals are processed, optimized and passed on to the control unit in real-time. 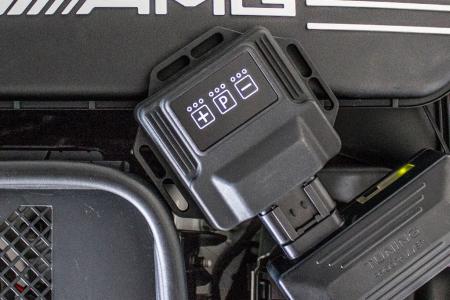 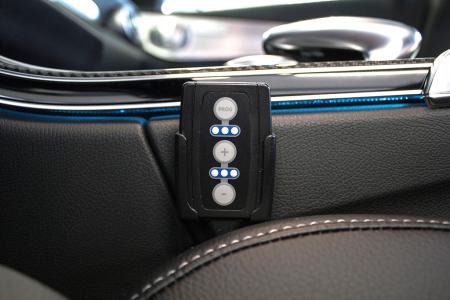 In the body, vitamin C acts as an activator of the entire cell metabolism, the same applies to the DTE performance enhancement. The Mercedes C 63 AMG is flooded with extra power. It bristles with energy and bursts with power. It thunders as loudly as if it could make it rain. With its new power concentration and now nearly 600 hp, it leads the pack. And with the optional PedalBox, this power is also transferred to the road. Fixed to the center console, the driver determines how powerfully the C should accelerate.