Engine and gas pedal tuning for the compact Volkswagen SUV

The VW T-Roc is a popular choice in the booming SUV segment. And with more than 15,000 new registrations in the first half of 2018, Volkswagen is being rewarded for its courage and freshness. When purchasing, over 75% of T-Roc drivers so far opted for a gasoline engine, including the 1.5-liter TSI with 150 hp and 250 Nm as standard. For stronger TSI performance, Volkswagen's compact SUV gets the PowerControl X performance upgrade and PedalBox+ gas pedal tuning from DTE Systems. The result: more horsepower (+29 hp), higher torque (+58 Nm) and better acceleration for the VW T-Roc. The DTE tuning also includes the PowerControl app, a smartphone control for the extra power. 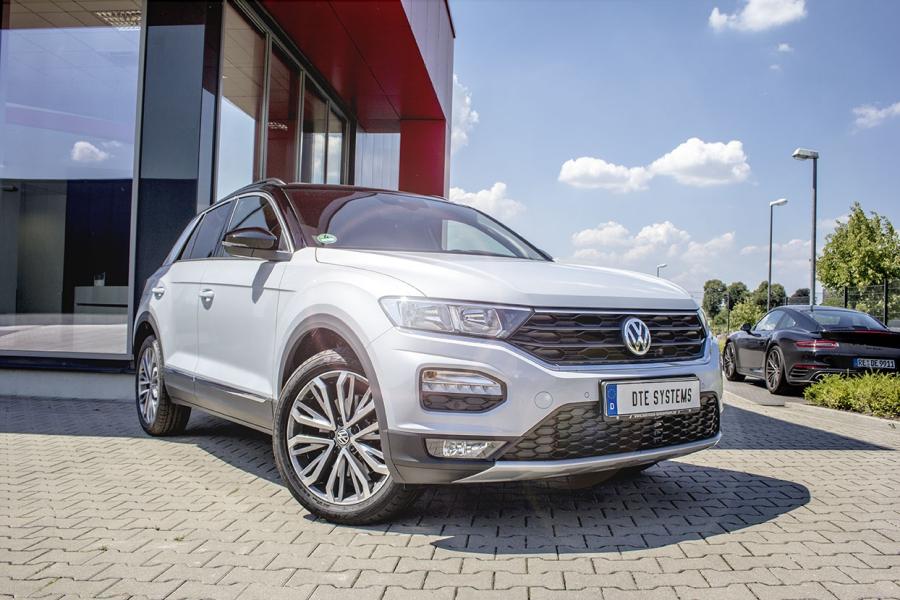 The extra power from the engine tuning is immediately noticeable in the VW T-Roc after installation. On the road, the VW driver feels the increase in performance especially through the high torque. With the DTE tuning, the T-Roc always feels powerful, especially on the long haul. During overtaking maneuvers, it can also flex its muscles. For this purpose, the PowerControl X add-on control unit has various tuning programs.

The choices are Sport, Dynamic and Efficiency program. The tuning can be individually adjusted once again via the plus and minus buttons. The PowerControl app makes it even more convenient: VW tuning can be controlled from the cockpit via smartphone. The tuning app provides the T-Roc driver with extensive functions. In addition to the selection of tuning programs, the sports instruments and an innovative accelerometer can also be found here. The tuning app from DTE Systems is available in the App Store and on Google Play - free of charge - for every tuning of the X series. 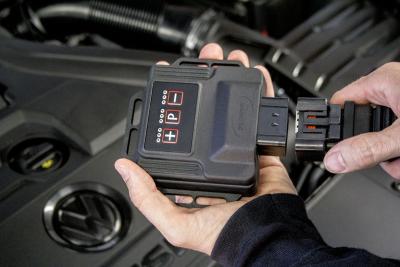 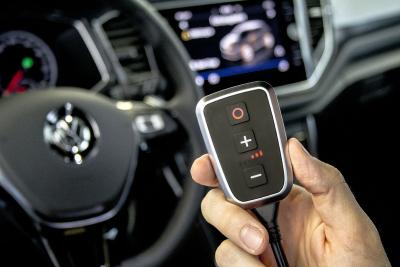 PedalBox with app for T-Roc

DTE Systems brings even more sportiness to the everyday life of the T-Roc with the PedalBox+. The gas pedal tuning improves acceleration by up to +10% - depending on the program selection. The T-Roc driver can choose between three driving programs: City, Sport or Sport-Plus. All programs can be fine-tuned again at will using the plus and minus buttons. With the new PerfecTune feature, the PedalBox+ is also fully customized to the VW T-Roc. With the PedalBox+ and PerfecTune, the accelerator pedal characteristic curve is significantly optimized and the response of the compact SUV is noticeably increased.