PowerControl - The performance chip for your Ford 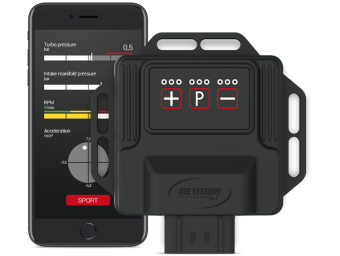 ✓ About 25% more performance for your Ford
✓ Including part certificate for over 4,000 models
✓ Simple installation with pictorial instructions
✓ Comprehensive warranty

Chip tuning for your Ford:

Your Ford can do more: Take advantage of a power increase of up to 30% and 15 % fuel saving for your Ford as well as a good sense of security. For many Ford models the parts certificate is included. The same applies to the comprehensive warranty of the engine, the engine management and the differential. In addition, there is a 30-day money-back guarantee for all those who like to test and evaluate the new driving fun without any pressure. 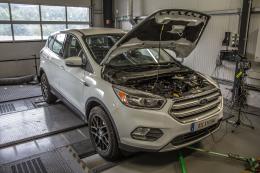 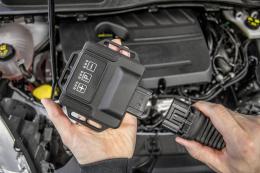 PowerControl at the Ford Kuga

More power is not just an idea - the DTE chip tuning PowerControl X enables significant power increases for Ford engines. The performance chip is connected to the central sensors of the engine management system, including boost pressure, camshaft and fuel injection sensors. Passed on to the ECU, the incoming signals are recorded and optimised. In the Ford Kuga II 1.5 EcoBoost, for example, an increase in power of +37 hp and +58 Nm more torque is possible. The potential of Ford diesel engines can also be optimally utilised with DTE - again with the top module PowerControl X, geared towards diesel engines: Thus, the power in the Ford Focus ST with 280 hp increases to 320 hp. The torque also increases and reaches 420 Nm - after 493 Nm before the tuning. 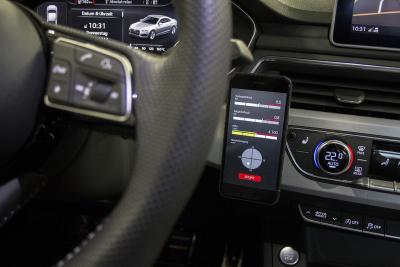 The new DTE racing chip PowerControl X and RX can now also be operated from the cockpit. The chip tuning’s extra power can be easily switched on or off with the smartphone. Simple wiping over the cell phone lets the driver change various programs depending on the driving situation: Sport, Dynamic and Efficiency.

Easy installation & comprehensive warranty for Ford - Your advantages of PowerControl

Now it is your turn: More power and driving fun with a DTE PowerBox and PedalBox.

You are curious how much more power is hidden in your car?
Do the DTE performance check. Simply select your vehicle and see the striking result!