Understanding what an ECU remap is about

With an ECU remap, the ECU’s standard software is extracted, modified and then reloaded back onto the ECU. With most cars we simply plug into their OBD (on-board diagnostic’s) port, in others we actually need to remove the ECU itself to be able to access the EPROM. On some ECU’s we may even have to unsolder the EPROM, and then install a new one. 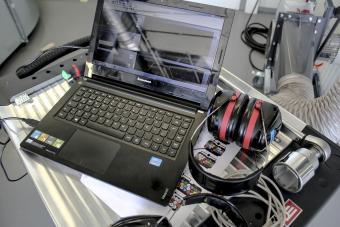 Flexibility and compatibility are two keys factors that manufacturers strive for when producing engines, as they need to perform at their best in many different countries around the world. As soon as the vehicle leaves the factory, it must be able to cope with extreme differences in temperature, climatic conditions as well as other environmental factors - not even fuel qualities are the same in every country.

Subsequently, engines and ECU’s straight out of the factory are often detuned and governed in order to be able to cope with this vast array of differing conditions. A second factor is a cost. Development costs can be huge and most models don’t warrant over development. Lastly, manufacturers have found ways of improving their bottom line, by simply limiting the engine power via the ECU program and without any major development costs, they are able to produce different models with more power that carry a higher price tag.

It’s these untapped power reserves that DTE is able to tap into when we optimize the vehicle's operating map. We are able to tune signals such as fuel quality and injection, boost pressure depending on the volume of air which is present, rpm, load and other correction factors which then help us determine the correct injection time, etc.

If your car has a top speed governor that you would like removed then an ECU remap is the way to go.