The icon among the Multivans appears on the market as version 6.1, an improved new edition. The popular features such as size, power and flexible storage space are still just as versatile as in the previous version. As a family vehicle, however, the Multivan now comes with new features and more power for trips, journeys and shopping. 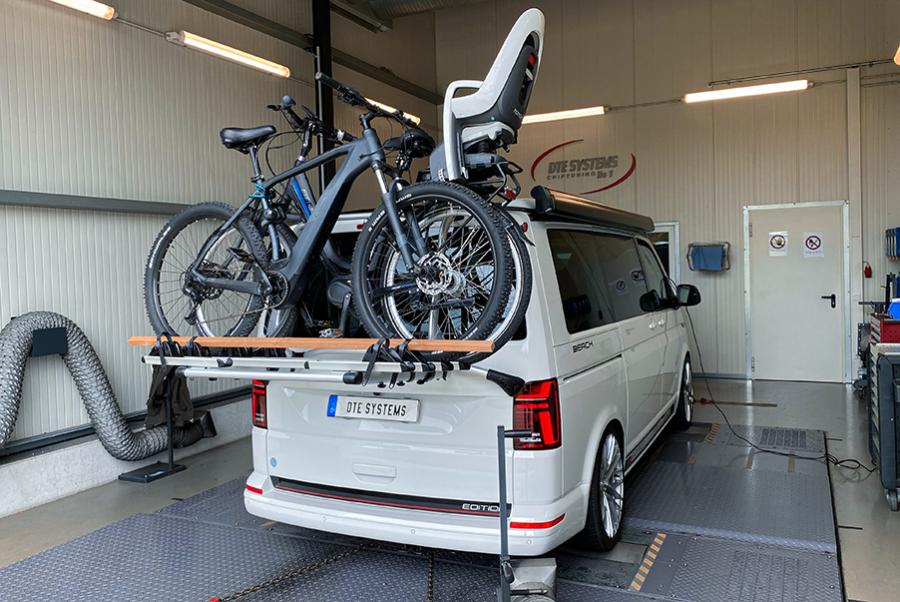 
Maximum power in the Multivan

If you want to go far, be safe and fast or save fuel, you need optimally tuned performance and power. That's why the Multivan T6.1 comes with a strong 150 hp and 340 Nm as standard. The latest version benefits from digital boost pressure sensors in the diesel engine, which give the 4-cylinder in-line engine with turbocharger significant power. The VW T6.1 achieves maximum power with the perfectly tuned PowerControl chip tuning: this gives the Multivan an increased torque of +37 Nm and +32 hp more at the same time. All in all, the van has a whopping 182 hp with 377 Nm and is ideally equipped for all journeys. Thanks to the associated app, the driver can control the performance increase from the comfort of his mobile phone. Via the app control, the various driving programmes Sport, Dynamic and Efficiency can be selected according to the driver's wishes. The Efficiency programme can even save up to 15 % fuel with an adapted driving style. 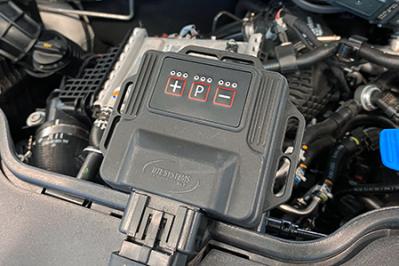 PowerControl for the VW T6.1 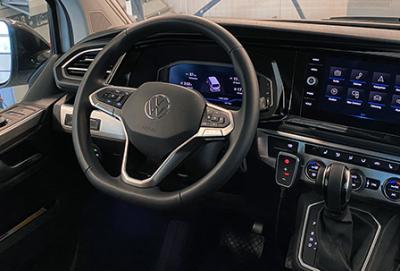 Get off to a smart start with PedalBox

Despite improved engine performance, the Bulli T6 quickly starts to sweat when driving uphill and on serpentine roads. Long seconds of hesitation when starting or accelerating are not uncommon and annoying. That is why the developers at DTE have now produced the accelerator pedal tuning PedalBox for the VW T6. The accelerator tuning is installed in the VW T6.1 in three simple steps and instantly gives the Multivan optimal response. The PedalBox pulls the VW T6.1 forward with momentum for dynamic take-off and overtaking. This makes driving in the VW T6 even more comfortable and relaxed when travelling on motorways and country roads.

Chip tuning for your VW T6.1